Time Crimes is the 8th episode of season 2, the 59th episode overall of Clarence.[1]

When Clarence is convinced he has the power to manipulate time he vows to only use his “abilities” for good. However, a day at school puts his morals to the test when he’s given the ultimate choice - to help his friends or pause time in the name of fun.[2]

The episode begins with Clarence opening a box of cereal, inside it was also a clock, when he sees it he gets excited, Clarence presents the clock to Mary, who was preparing breakfast between-sleep, Clarence believes he can change the time with his clock, after a while, he changes the time of his clock at 9:30 AM, but Mary believes that it really is that time and she is upset. In Mary's car, she is talking about the summer time, while Clarence plays with his clock, but this distracts Mary and causes her to crash into Percy's father's car, Clarence believes he was the one who caused the crash. When they arrive at school, it is very early and there was no one there, Mr. Reese punishes him for that and Clarence leaves. Then, in the class, everyone is preparing for the "Belsonball", when he arrives, Clarence presents his clock to his friends, which according to him, is special; when Miss Baker's clock sounds, everyone goes to their places to do an exam, when doing the exam, Clarence finds it hard, then he thinks he stops the time and goes to see Gilben's exam, which is over, He tries to run his arm but he does not make it and leaves the room to play outside, at that moment the bell rings and everyone leaves to play "Belsonball", Jeff gets mad at him for what he did, there Belson comes out with a jar of chili and stumbles, everyone laughs at him, Clarence thinks he can stop time, but he just imagines he does it and returns Belson to his place, he gets angry with Clarence. Then the "Belsonball" starts and everyone plays, Miss Baker and Miss Shoop analyze the game, Jeff is planning a play, while Clarence looks anxiously at the crepe truck, Jeff gets the ball and everyone goes towards him, but Clarence does not care about the game and again thinks he stops time and leaves school. Out there Mr. Reese bought a pancake, but unfortunately, the truck leaves and Clarence pursues him through a tunnel until he reaches the developed area of ​​Aberdale, there, he thinks he is a city of the future and that he sees his Elderly friends, who are simply grandparents, suddenly, Clarence opens a new cereal box and finds another clock, then puts it on his arm and goes back to school. There, everyone has fun playing "Belsonball", when he arrives at the playground, he destroys his two watches and the episode ends. 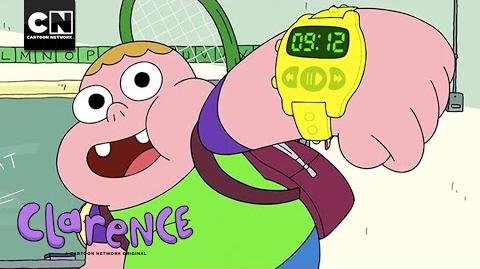 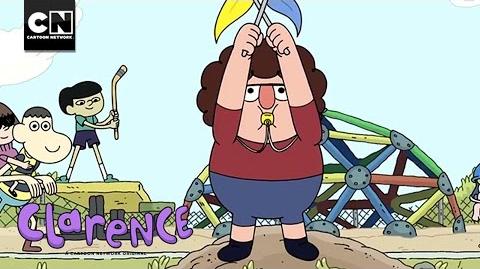 Belsonball I Clarence I Cartoon Network 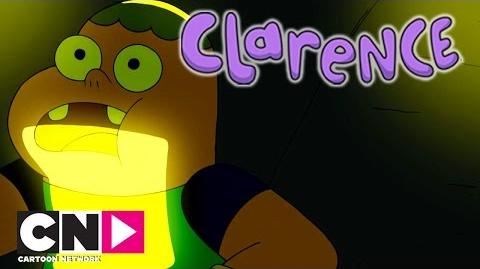