Sumo Goes West is the 1st episode of season 3, the 91st episode overall of Clarence, This marks as a season premiere for Season 3.

Clarence learns his best friend Sumo may transfer to another school! It’s up to Clarence to protest, petition and rally to convince everyone to let Sumo stay – or face losing his closest school pal!

Sumo and Jeff seem calm about the move, but Clarence gets more emotional with claiming that he and Sumo would never get to see each other again, though they would. At Sumo's house, Jeff tries on Sumo's uniformal shirt while Sumo ripped his uniformal pants to resemble his old pants. Clarence comes in, and seeing Jeff wearing the shirt, believes that Jeff is leaving too, and runs off to make it to where all of his friends stayed with him forever. Clarence is pursueded by Sumo not to do this, and Clarence is left to face that Sumo is leaving. Clarence at first is not able to handle school without Sumo, seeing that Belson won't take his notes and that Jeff doesn't like his lunch acts. Clarence and Sumo are able to solve this problem by sharing walkie-talkies, and soon don't notice the difference between their schools. The episode ends where Clarence and Sumo are trying to dig a tunnel leading to each other's school in their school's sandbox.

The gallery for Sumo Goes West can be found here.

The transcript for Sumo Goes West can be found here. 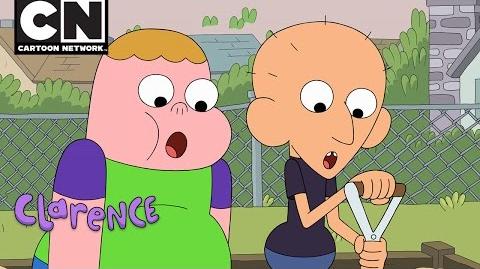 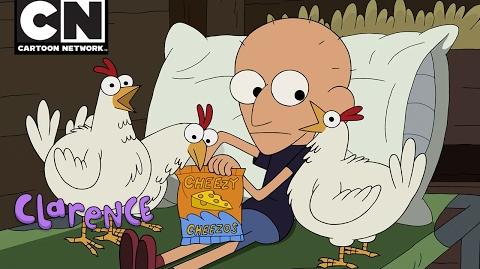