Space Race is the 25th episode of season 2, the 76th episode overall of Clarence.

Ms. Baker assigns a really fun class project. With Clarence distracted by the mysterious power of the moon, his class competes to build the highest-flying rocket.

The episode begins with a video that shows how the Americans first arrived on the moon, at the end, Clarence asks Miss Baker where the moon goes during the day, she explains some things and puts the idea in the head of that "the moon controls your thoughts", she also delivers announcements of the rocket show, when the bell rings, Belson and Sumo have to stay with Miss Baker. She explains that both are at risk of going to summer school, when leaving, Belson offers Sumo to be on his team to win easily, but he does not like the traps, then Belson gets mad at him and leaves with Percy. Then, Jeff and Sumo talk about the rocket, while Clarence is worried about the moon, he gets distracted by watching the moon and Sumo invites him to his house along with Jeff to build the rocket.

In Sumo's house, Clarence wants to protect himself from the moon and Jeff wants to gather information about the other children's rockets calling the mothers, Sumo leaves his house and his father asks him if he will help him after summer school, which makes Sumo he gets angry, since he thinks he will not go, at that moment Belson arrives in his car to make fun of Sumo and quickly leaves, Mel tries to explain that summer school is his family's tradition, then Sumo enters his house and begin to build the rocket. The next day, it's the last day before the launch, Jeff decides to go where Belson's team is to trick Percy and Nathan and have them break part of the rocket, Sumo thanks him and Jeff asks where Clarence is, Sumo explains that he He left early.

At Clarence's house, he is scared by the moon and decorated his entire room with aluminum foil, when Chad arrives, he comforts him and explains how life is amazing, Clarence goes out to his garden and makes a heart out of aluminum foil and quickly returns to enter to eat huevos rancheros. On launch day, Sumo mocks Belson when he sees his rocket, but he quickly brings an equal and healthier rocket, Clarence gives Sumo the heart and Miss Baker says the launch begins, Sumo has difficulty making flying his rocket, however, quickly reaches that of Belson, but it takes out a smaller rocket and pushes Sumo's, therefore, Belson's team wins, Sumo gets too angry and goes to the playground, Miss Baker explains that he should not go to summer school because he did a great job with his rocket. Then, Clarence, Jeff and Sumo are on the roof of the house of Sumo watching the night sky, finally, the Sumo rocket reaches the moon and the episode ends. 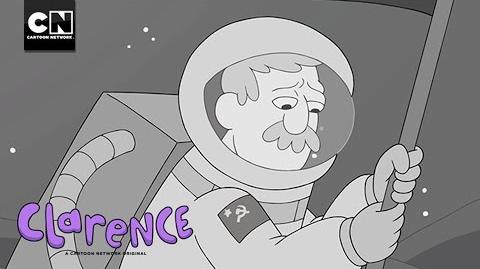 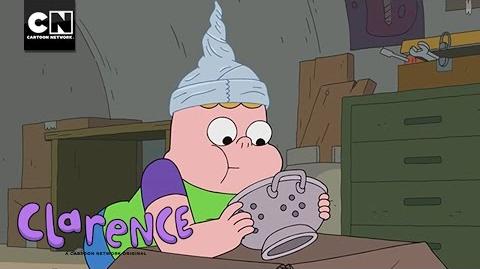 How to Build a Rocket Clarence Cartoon Network 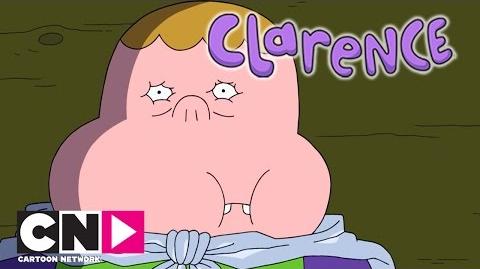 Retrieved from "https://clarence.fandom.com/wiki/Space_Race?oldid=92395"
Community content is available under CC-BY-SA unless otherwise noted.