Merry Moochmas is the 38th episode of season 2, the 89th episode overall of Clarence.[2]

Clarence believes that his wish for winter snow in Arizona will come true, but Belson and his cousin are unconvinced.

The episode begins with Clarence sighing because Aberdale has not been seeing snow at all but when the News Reporter joked that a low-pressure cloud over Aberdale will give snow, Clarence immediately got ready and called Sumo, Jeff and Belson. Belson was playing with his cousin (who does not get along very well with Belson) to a game, Gary Mooch turns off the console and answers the phone, making strange sounds to Clarence, Gary Mooch cuts the call and removes the control to Belson. Clarence is worried and immediately goes to Belson's house. Gary Mooch attends the door and then Belson arrives, Gary Mooch throws a paper at both of them. Clarence enters and sits down at the table to eat cookies with Gary Mooch and Belson. Belson opens one of his Christmas presents, but he does not like it and gives it to Clarence. Gary Mooch throws the milk, forcing Cynthia to clean. Belson offers to go buy games for Gary Mooch with Clarence, with the reward of being able to open his Game Buddy 2 earlier. Belson is delayed in choosing games. Clarence goes out of business and gets depressed by the way Belson treats his cousin. Suddenly it starts to snow and Clarence is happy. Belson goes out of the game business and Clarence excitedly shows him how it snows. Both return to the Belson's House. Unfortunately, Belson discovers that Gary Mooch opened his Game Buddy 2 and he is already playing with it. Belson and his cousin begin to fight, Clarence tries to separate them but it does not work, Gary Mooch manages to take Belson's Game Buddy 2 and goes alone to play. Clarence and Belson decide to go find him and after a While they find it, the snow is much stronger than before. Belson asks for his Game Buddy 2, Gary Mooch resists and they start another fight, Clarence throws himself on them and makes them fall, besides breaking the Game Buddy 2, Belson Noles and Gary Mooch get mad at Clarence and start throwing snowballs at him, however, Clarence is happy because Belson and Gary are getting along. End of the episode. 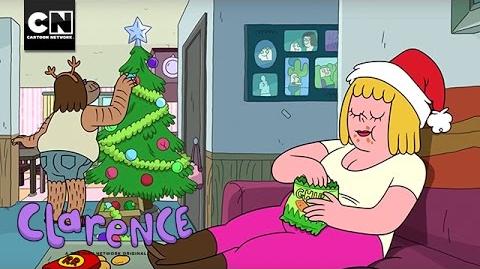 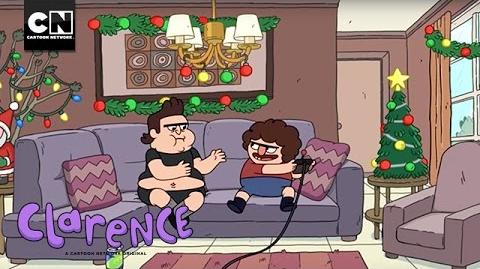 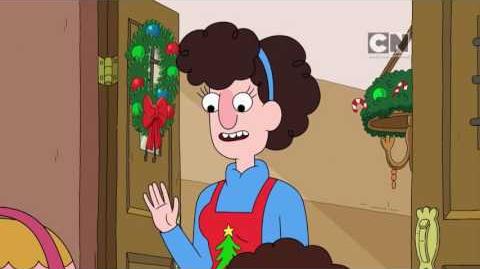 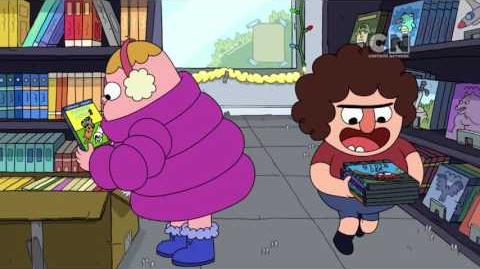 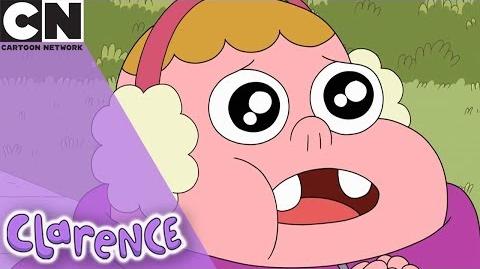 Retrieved from "https://clarence.fandom.com/wiki/Merry_Moochmas?oldid=92404"
Community content is available under CC-BY-SA unless otherwise noted.