Lost Playground is the 2nd episode of season 2, the 53rd episode overall of Clarence.[1]

The episode begins with the whole class waiting for recess with much anxiety, Ms. Baker tries to tell everyone that reading is also fun, although the bell rings and everyone goes desperate. Next, it shows how everyone has fun at recess time, Clarence and Camden were in the merry-go-round, Sumo starts spinning it too hard, which causes Camden to fly off and hurt his cheek. Then, Hershey is complaining to Miss Shoop, who agrees that the playground is dangerous, when Clarence, Jeff, Sumo and Chelsea listen, Sumo is willing to tie himself with chains on the merry-go-round. At that time trucks arrive from which many muscular men come, Miss Shoop is glad they are there, seeing that, Amy Shtuzger and Courtlin give a boost to the up-and-down so that Clarence from a small speech, in which he mentions all the good things that happened and happen in that courtyard, all support shouting "You cannot take our playground!", when they take the merry-go-round, Sumo resists but quickly they shake him and throw him to the ground, Miss Shoop rejoices when all the games are taken, Clarence becomes sad and she tells him there will be a new playground.

Then, when the bell rings, everyone is excited to see the new playground, but everyone is sad to see that it is a playground for babies, then after a while, Clarence found a way to have fun with a "super-slow dimension", when Chelsea, Emilio and Julien have the idea of ​​wetting the small slide with juice to slide faster, Camden slips and hurts the other cheek. Then Hershey is going to complain to Miss Shoop, Sumo thinks they will not replace the yard because that one was too safe, however, when he looks around, the yard is gone, Clarence lies on the floor, saddened and she wonders why Miss Shoop hates playgrounds, which she says is for the good of all, Sumo complains that there is only a lot of land, so Clarence comes up with a ground battle, all they support him and they happen to play, but when Clarence sees that Camden was there, he tells everyone to stop and accompanies Camden somewhere, although unfortunately, Clarence causes him to fall and hurt himself again.

Ms. Shoop gets upset about that and everyone must spend recess in the cafeteria. When Clarence sees the muscular men taking things in his truck, he is curious to know where they are going with everything and gets into the truck, a while later, he arrives at a junkyard where all the games were, then he goes back to the school cafeteria to tell some friends to follow him, when they arrive, everyone is surprised and they watch the old games, then, it looks like all the children go to the junkyard daily and have a lot of fun, but Hershey forces Camden to reveal everything, so when all the children enter the junkyard, the professors arrive and Hershey with Camden, who apologizes to everyone, Miss Shoop gets angry and tells them they will not do anything, Clarence tells them everyone that this is not the school and they should let them play, to which all support, Hershey tries to show the children how dangerous the games are, but finds his declaration of love on a slide, then all the teachers remember In their childhood in the playground, all the children have fun until Millie Shoop arrives and chases everyone and Clarence, Jeff, and sumo cross out "Millie's Scrapyard" to "Playground Heaven" And when they tell them to run, The iris closes on Clarence while they fall off (offscreen).

The gallery for Lost Playground can be found here.

The transcript for Lost Playground can be found here. 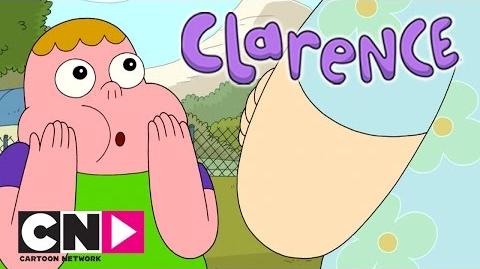 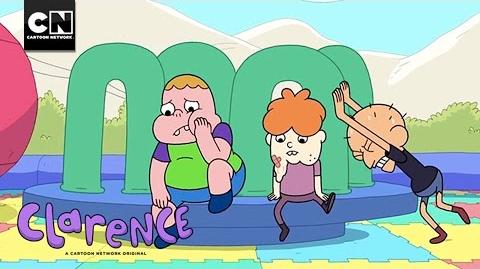 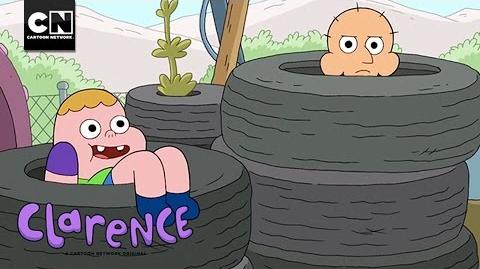 Retrieved from "https://clarence.fandom.com/wiki/Lost_Playground?oldid=91444"
Community content is available under CC-BY-SA unless otherwise noted.