Capture The Flag is the 32nd & 33rd episode of season 2, the 83-84th episode overall of Clarence. This is a special half hour episode.[2]

Clarence and his friends play a game of capture the flag, and everyone wants to take control of the crown and the power to control the neighborhood's juice boxes.[3]

The episode begins in an area of ​​the forest near the tree house and the refrigerator with orange juice. Julien wants to reach the orange juices but water bombs fall near him, causing him to fall and drop his flag. Kimby , Malessica and Breehn appear and prepare to hurl water bombs at Julien, but Clarence appears and uses his shield to protect Julien, so both try to escape leaving behind their flag. Breehn was going to throw a giant water pump but Chelsea appears in a tree and throws a water pump at Breehn, causing him to fall, as well as the giant water pump. Then Chelsea throws a water pump to the sky to confuse the other team and thus escape.

Clarence's team takes some orange juices, but Belson arrives in his cart along with Nathan , Dustin and Percy accompanying him. Then Belson orders Nathan to remove the juices from the boys to give them to Belson, however he spills the orange juice to Percy. Suddenly the team of Gilben, Camden and Mavis arrives, but upon colliding with Belson's wagon they quickly retire, along with Belson's team. Clarence, Chelsea and Julien go to the tree house (which turns out to be their refuge) to plan their game and take some water pumps, although the pet chicken bursts some of the water pumps, and before leaving, Chelsea hides a bomb of water in his hat.

When they come down they meet Jeff , who is not really playing, and then they go to the shelter of Gilben's team, which turns out to be the skate track. Both hide behind a ramp and Julien watches all over the place. Clarence sneaks around the place to find Kimby, Malessica and Guyler sitting at a picnic table, Clarence feels sorry to see them bored and sad to be "punished" for the game, so he will cheer them up by doing a "show" with his finger and rescues them from the "prison".

Chelsea and Julien prepare to throw water bombs at the team, but suddenly a team of children appears with their faces covered by a bag and they tie Vu with a rope. Then that team throws water pumps at all of Gilben's team and Nathan and Breehn take off their masks, explaining that they changed teams. However, Chelsea reveals herself and throws water pumps at Seabass and Cooter . The scene changes to the house of Belson, where he is seen coming out to the patio, but he is surprised not to see his companions. Suddenly several water pumps begin to fall to the Belson's house and it is heard moaning.

Clarence takes his new friends to where all the juices are. Also come Chelsea and Julien, who are offended to see that Clarence changed equipment to release everyone and finish the game. Chelsea and Julien go to the house of Belson to take their flag, unfortunately, they cross paths with Chad who makes them waste their time talking, but then they go to buy more water pumps. When they enter, Belson leaves the pool somewhat traumatized, talking about a supposed "king" of the game that took his flag. A large team with their faces covered leaves the bushes and knocks down Chelsea, Julien and Belson with their water pumps.

Meanwhile, Clarence and his team rescue the playground team and head to another location to rescue more children. Nathan and Breehn take Chelsea and Julien to the dumpster, which they use as a prison and the "center" of the game. There Tinia and Bully throw orange juices to the crowd. Sumo stops in a car at the top of a pile of garbage. Chelsea protests against him, making him go down. Sumo threatens Chelsea with killing her with the chainsaw if she does not tell her where her flags are. Chelsea tries to knock him down with his water pump in his head, but Sumo turns around and catches it with great skill.

Belson reveals where his flags were and Chelsea and Julien are taken to the "prison". Jeff is attacked by the team of covered faces while trying to contain his urine. Breehn has all the flags and tells Sumo. Clarence and his team arrive at the site and end up with the team of covered faces, also turning them into their team. Breehn mentions a place that has many more prisoners, and the team goes to the dumpster. When they arrive, Kimby introduces the "king" Clarence and everyone receives him kneeling on the floor. Sumo worries and wants to team up with Clarence to take all those children to prison, he refuses and sends his friends to remove the children from prison.

When the game is over and the children celebrate, Chad arrives with a box full of water pumps, and the children begin to throw them at him, while many play with their friends. Clarence releases Belson and he confesses that he forged the flags, earning everyone's hatred and ending up on the ground, while everyone throws water bombs, including Chad. 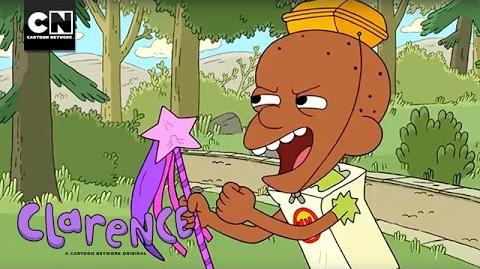 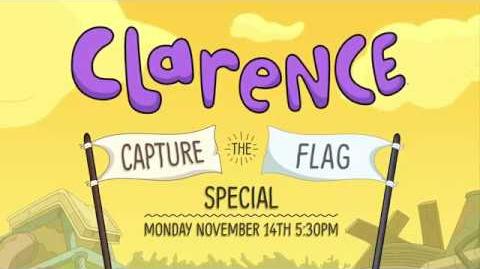 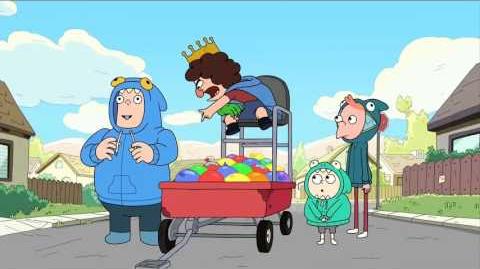 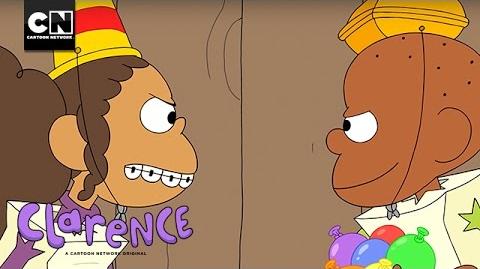 Start a Discussion Discussions about Capture The Flag