Belson's Backpack is the 36th episode of season 2, the 87th episode overall of Clarence.

After an accidental backpack swap, Clarence discovers that Belson is hiding an artistic side, and attempts to foster Belson's creativity.

When Belson says "I only read it for the articles", this could be a possible reference to the adult magazine Playboy.

In the scene where Clarence steals one of Jeff’s ”Aquaticapedias”, it is shown that the book is already drawn on. 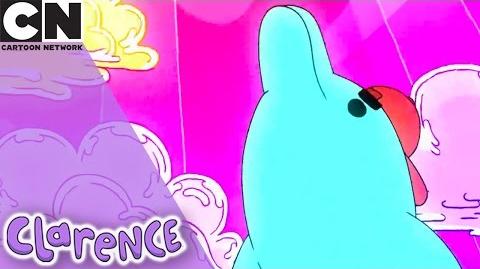 Retrieved from "https://clarence.fandom.com/wiki/Belson%27s_Backpack?oldid=92639"
Community content is available under CC-BY-SA unless otherwise noted.