Beach Blast is the fourth short of Clarence (series). It was first released on Cartoon Network YouTube channel.

Clarence, Jeff and Sumo are having a great time at the beach! They are doing their own thing until Clarence has the idea that they should built him a giant mermaid body out of sand. 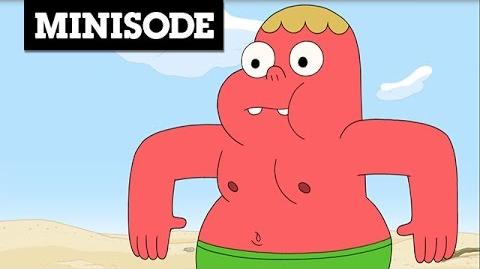 Retrieved from "https://clarence.fandom.com/wiki/Beach_Blast?oldid=88297"
Community content is available under CC-BY-SA unless otherwise noted.