Average Jeff is the eighteenth episode in Season 1 of Clarence.[1]

Jeff suffers an identity crisis when a standardized test lands him in the lesser of the classes' academic groupings.

The episode begins with Jeff doing his morning routines, narrating his life as punctual and precise.

When the schoolbus arrives, Jeff is shown practicing how to tell Clarence and Sumo that he'll be in a different class from them. The scene cuts to the classroom where he's already telling them, however, Clarence and Sumo aren't paying much attention. Ms. Baker arrives and gets ready to tell the class about the results of their placement test, and explains that some childen will be in the advanced group, (the quill group), and the others will be in the crayon group. Ms. Baker hands out the papers showing the results, when she gives Jeff his paper, Jeff expects to see a quill, but to his surprise, it's a crayon instead. Jeff gets upset and asks to speak with Ms. Baker. In the hall, Jeff tries to tell Ms. Baker that she accidentally put him in the wrong group, but Ms. Baker tells him it was no mistake.

Later, Jeff looks into the quill class and is upset because he isn't a part of it. In the crayon class, Ms. Shoop reads a book called "Tonya the Tapir" to the kids. Clarence and Sumo are amazed by the story, but Jeff gets mad and leaves the room. Jeff goes into his locker to get an envelope, and he hands it to Ms. Baker to open. Inside is $2.00, a pack of gum, and a moist towelette, which Jeff uses as a bribe to get Ms. Baker to let him redo the test, but it doesn't work, so Jeff decides he's not leaving the desk until she puts him in the quill group, this leaves Ms. Baker with no choice but to drag him out of the room, and Jeff hangs on to the desk while crying.

Back in the crayon class, the boys play vikings, and Clarence tries to get Jeff to join in, but Jeff doesn't want to. Sumo suggests playing an astronaut because they have "Eraser Bombs", then he throws an eraser at Jeff, hitting him in the eye. Jeff rushes to the restroom to wash his face. Frustrated with not being in the quill group, Jeff washes his hands really fast, which causes soap suds to get in his eye, Jeff screams, then he talks to himself in the mirror about going inside the quill classroom again.

Later in quill class, Breehn and Chelsea are shown talking about things, suddenly, Jeff comes in through the window and sits next to Kimby at her desk, attempting to blend in. Ms. Baker quickly notices him, and reminds him that he's not in the quill group. Jeff refuses to leave and begins chanting "We want Jeff!" At that moment, Mr. Reese enters the classroom, and just when it looks like Jeff is going to give up, Jeff clings onto Kimby's desk, causing Mr. Reese to drag the whole desk out of the classroom with Jeff hanging on it. Jeff yells really loud, then he starts having various bizarre nightmares; Jeff sees himself in the mirror, but as an old man,

then he turns around and finds himself in a grocery store, where an old Clarence tells him he's supposed to be handing out stickers to customers. Jeff tells him he doesn't work there, but Clarence says he does because he's got no other options. As more people appear asking for stickers, Jeff tries to convince himself that he does have other options. Suddenly, Jeff finds himself at a wedding where he's going to marry Ms. Shoop. Jeff removes the veil covering her face, which reveals she has a tapir head. Jeff screams and his head explodes into leaves and berries, then Jeff returns to reality where he's laying on the floor of the crayon classroom.

Clarence tries to fill him in on what he missed during the viking game, then the boys continue running around and making noise while Jeff lies on the floor. Later that evening, Jeff finally gets up from the floor and he notices the book for the placement test. Jeff opens the book and finds that he's the highest rank crayon member, which makes him happy. The next morning, Jeff is shown doing his morning routines again and talking about how he's a special crayon; perfectly average.

While he's narrating, Jeff is shown walking into the crayon classroom, only to find out there's nobody in there, so Jeff goes into the regular classroom and the whole class is there, including Clarence and Sumo. Jeff wonders what's going on, and Ms. Baker explains that the crayon/quill experiment failed because it was gender bias, so Ms. Baker allows Jeff to go back in his old seat. Jeff thanks her, but when he's about to take his seat, a girl is already in it, reading a newspaper. The girl removes the paper from her face, revealing she has a tapir head, and she tells Jeff to find another seat. Jeff screams really loud and the episode ends.

Many have criticized the out of character depiction of Jeff, the out of place hallucinations and the harsh punishment he gets in the middle of the episode. The episode has also been blamed for making Jeff more antagonistic than what his character was suppose to be, hence made it effective in later episodes. 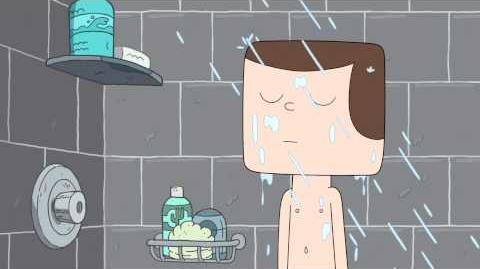 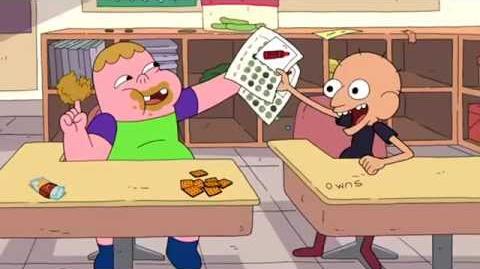 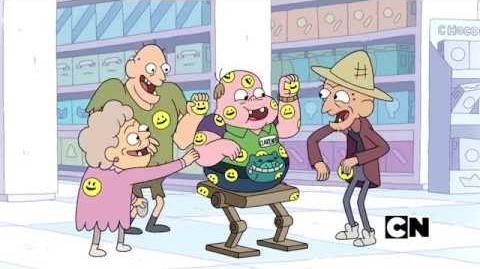 Retrieved from "https://clarence.fandom.com/wiki/Average_Jeff?oldid=93155"
Community content is available under CC-BY-SA unless otherwise noted.