Attack the Block Party is the 10th episode of season 2, the 61st episode overall of Clarence.[1]

Clarence, Jeff, and Sumo investigate a high school party down the street, which they mistake for an alien invasion.[2]

The episode begins at Clarence House with Clarence, Jeff and Sumo watching television, Clarence and Jeff watch an alien show, while Sumo watches one of Surf, then, Clarence leaves his house and stays talking to Jeff about the aliens, until he sees a blue light in the sky and thinks they are aliens, Clarence tells Jeff, which is upset when Clarence cuts him off, then Jeff tells Sumo, He is not very interested in the matter, therefore, he decides to go and look for Clarence, but something annoying.

Clarence is hiding in a bush, watching where that light comes from, but it was only Belson and Memo playing with a drone, which breaks and Belson leaves, Clarence visualizes great moving lights, coming from a nearby house, then He decides to go to his patio and the Lord, who looks like an alien comes out of his house, Clarence appears and begins to question him about the aliens, the boy follows the game and invents things. Then, Jeff and Sumo are watching the party, while Jeff talks to Clarence , Sumo enters the party and Jeff enters to rescue him. Clarence keeps talking to the boy, until Tony comes and the other one presents him to Clarence.

The boy with only one tooth gives shine that he was using, Clarence is surprised and they continue talking, the other two boys take off their shoes. At the party, everyone is having fun, when Sumo arrives, the volume of the music rises and everybody admires it, then Jeff enters, talking about the aliens , he intends to find some samples of the " aliens ". In the next scene, Clarence is talking to the boys, lying on the floor, Tony tells Clarence about his mother.

Then, you see that a teenager is trying to throw food to Sumo's mouth, with his eyes covered, when he does, everyone applauds and leave, but a group of girls who admire Sumo arrive. Later, a boy sits next to a teenager to talk to her, but Jeff arrives and takes one of his grains, which causes him to spill soda on the woman's dress and leave, Jeff gets excited about that and finds himself With the group of girls, Jeff is surprised by what they do.

The group asks Sumo questions, that responds with what comes to mind, until Jeff enters again with a hose and begins to wet everyone, Sumo likes what Jeff does, since he made the girls leave him. Later it is seen that Clarence made a bonfire with more people and is giving a speech of the aliens , everyone applauds him, suddenly, Clarence decides that he has to go. Then, the one-tooth guy enters the party and ejects Jeff , he runs off and tells Clarence everything, but he just tells him they're not aliens . Afterwards, one of the girls takes Sumo to her house and the episode ends. 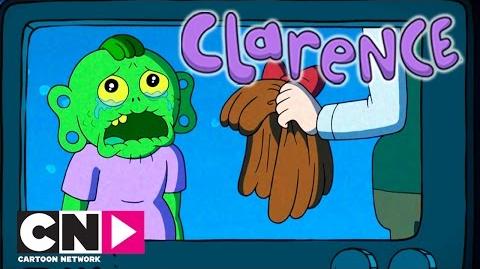 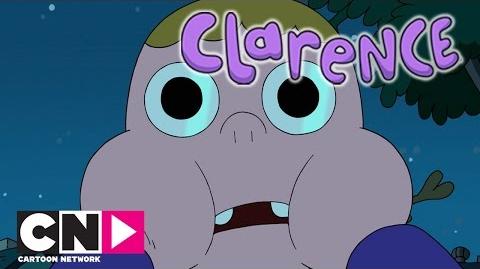 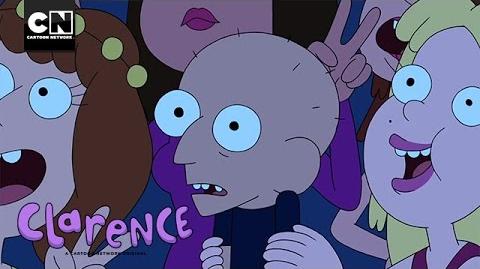 Retrieved from "https://clarence.fandom.com/wiki/Attack_the_Block_Party?oldid=86219"
Community content is available under CC-BY-SA unless otherwise noted.