Clarence feels the call of the wild and decides to live a new life, free of the hustle and bustle of the modern world. Recruiting a few friends, Clarence sets out to find a new place to live his feral life, but quickly realises he lacks some basic survival skills.

The episode begins at Aberdale Elementary with a class on nature. Clarence shows Dustin that at his desk there is a rat, but the rat attacks Dustin. Later, Clarence is in the detention room along with Malakevin, Mr. Reese gives his typical talk but falls asleep. Malakevin talks to Clarence about foxes, but the boy quickly gets out of control and leaves the room, confusing Clarence.

At Clarence's house, he decides to live outside like a fox, Mary accepts without hesitation. Clarence approaches a cricket and stays the night, but realizes that the cricket is dead. At dawn, Clarence watches the sun set on a tree, while Mary can't believe he slept outside. At school, the class is normal until Clarence arrives and Ms. Baker decides to play along and give the class on the playground, with everyone's support.

During class, Ms. Baker teaches what houses used to look like in ancient times, although Clarence doesn't pay attention and spends time jumping on the lawn. Then the class ends and everyone goes to lunch, but Dustin, Nathan and Amy stay and watch Clarence, as they find the way he acts strange. Clarence finally convinces the boys to be like him and follow him to the woods, to have a "fox life".

Clarence keeps a chocolate bar and they go to the forest. There, Clarence dictates all the rules and informs his friends that only those who have a pencil in their hand have the right to speak, and so begins his adventure in the forest. The scene changes and Sumo is seen at the door of Clarence's house, Mary comes out with dirty clothes and Sumo smells a sock to trace Clarence, then runs off like a dog.

Then Clarence and the others make a round to talk about their adventure, but he quickly gets out of control and Clarence climbs up the tree. Then Mary is seen cleaning the whole house, taking advantage of the fact that Clarence isn't there. Chad is sitting on the couch with his guitar, but he doesn't want to play any songs. Meanwhile in the woods, when it gets dark, the kids start to get hungry, and Dustin gets mad because Clarence's chocolate bar is melted and they can't eat it, so Clarence promises to take them where there's food. Then there is a sequence in which Mary cares for Chad as if he was her son.

When Dustin, Nathan and Amy get tired of being in the woods, Dustin follows Clarence threateningly, and they both end up in Bendle Creek, far from their homes. When it gets dark, it's a full moon, and Dustin becomes a werewolf, scaring everyone. Sumo arrives and fights Dustin, so he walks away from them. Clarence, Nathan and Amy decide to end it all and Sumo guides them to Clarence's house.

There, the kids sleep over and make a mess of the house. Nathan eats the burritos and Chad, who is still acting like a little boy, drops one on the floor, but Mary tells him to fix himself just because he is an adult. In the end, Dustin is seen lost in the forest, the clouds come back, leaving the full moon uncovered, and Dustin becomes a werewolf again.

The gallery for Animal Day can be found here.

The transcript for Animal Day can be found here. 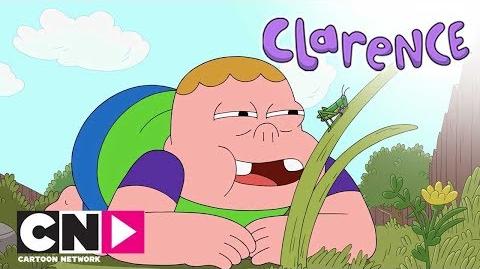 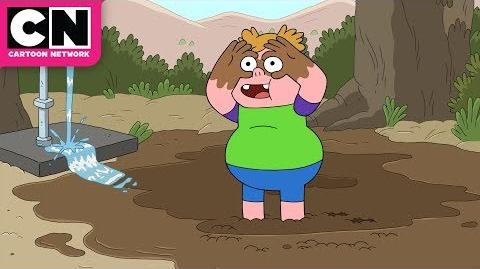 Retrieved from "https://clarence.fandom.com/wiki/Animal_Day?oldid=89422"
Community content is available under CC-BY-SA unless otherwise noted.